I don’t think any of us got more than 4 of hours sleep and so we all emerged for breakfast somewhat bleary eyed. We headed to somewhere called the “Gathering Cafe” that I had spotted the previous day that was just a couple of minutes walk around the corner, and the proprietor was standing outside waving a menu trying to drum up customers. She was very friendly and we headed in.

Everyone ordered an omelette with their chosen filling, bread and garlic butter and a hot drink – except for myself who was feeling more daring and tried a different option that ended up appearing on the plate as Ham, Fried Egg and Fish and Chips! It was quite a tasty surprise and the first time I’ve had Fish and Chips for breakfast! Our host was keen that we’d come back for meals in the future and she spent a long time discussing the menu with Kim to make sure there were things we would all like – which she wrote down to give to us to speed up ordering when we returned.. which we probably will. After quite a long chat we headed back to our rooms to get changed for the show.

Edric met us outside our Hotel at 10.40 and we headed down to the venue “Chan Ching Hall” which was about 10 minutes walk away – so still really local to our Hotel just like the previous night. It was a proper music venue with a backstage area with mirrors, stage curtains and about 750 capacity. We had two one hour shows scheduled for the day in the venue, so we would do the first show, have an hour lunch break and then do the second show. The audience is again local underprivileged children and their families.

The difference for today was that we were to be joined by More Music’s founder Pete Moser! By a chance of fortune Pete just happens to be in Hong Kong at the same time as us. He has a very busy schedule delivering many training sessions, workshops and meetings to help develop Community music here in Hong Kong. He’s been coming to HK for over 10 years, working with CCCD led by Mr Mok which is based at the JCCAC in Shek Kip Mei. Despite his incredibly busy schedule Pete managed to find time to join us for our performances today and tomorrow.

The shows would follow basically the same format as yesterday, but altered slightly as the Only Ones jazz band had a slightly fuller lineup today with keyboards and bass guitar. Pete would join us playing trumpet on Cloud Follow Moon, Molihua and Beneath Lion Rock, and also Autumn Leaves. Jacky met Pete backstage for the first time shortly before the show and planned out the arrangement for Autumn leaves.

The shows went really well – and there was some fantastic chemistry between Pete and Jack as they soloed on Autumn Leaves. After we’d played the finale “Beneath Lion Rock” there was loud applause and cheers for “More”.

So we needed to pull something out of the bag right there and then and Pete suggested that we try Molihua with the band as a Bossanova! Crazy!

The second show was much like the first except the second audience cheered even louder than the first.. so again we played Molihua Bossanova, but this time double the tempo! It sure was tricky to get the words out at that speed… an experiment I don’t think we will repeat. But the crowd loved it and were singing along so it was a great success. We had a quick group photo and then before I knew it Pete was dashing off to his seminar that started in just 30 minutes. He works so hard!

Edric walked us back to our hotel and after a quick change out of our Chinese jackets we were met by Ryan who took us out to a pretty fancy restaurant with a rotating “Lazy Susan” table and we had a delicious Chinese meal which was a lovely end to the day. And we could look forward to a bit of a lie in as we did not need to be ready to set off for tomorrow’s show till 1pm so we had a chance to make up sleep. 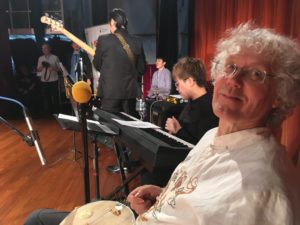 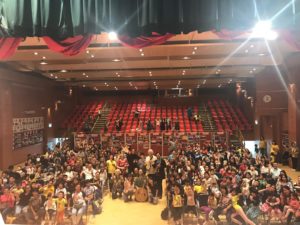 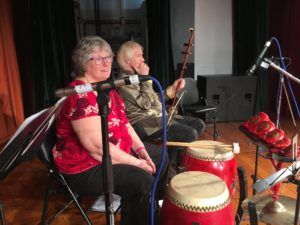 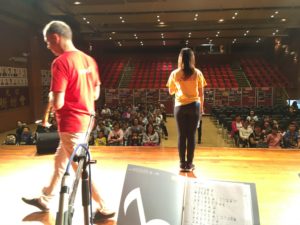 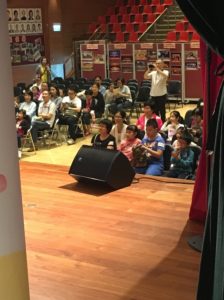 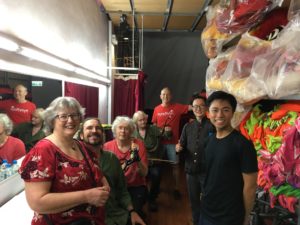 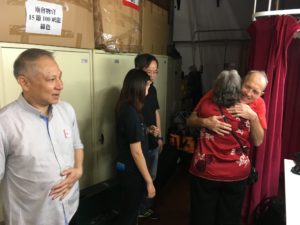 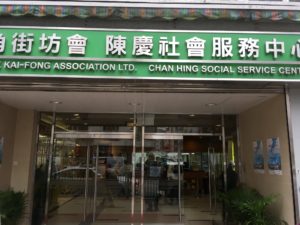 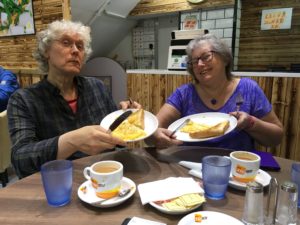 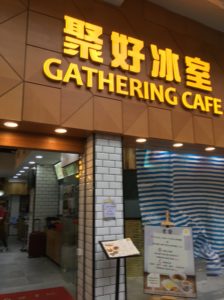 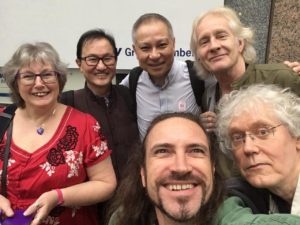 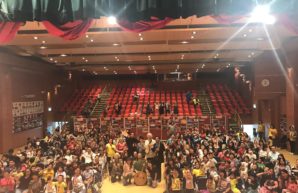