Let the Children be Experts

Cinclus Cinclus is the Latin name of the Norwegian national bird. It is also is the name of a new UK/Norway jazz project for children which explores how improvisation can encourage a young audience to be simultaneously co musicians and listeners.

In 2017 the three musicians Terje Isungset (percussion, NO), Maja Bugge (cello, NO/UK) and Matt Robinson (clarinet, UK) were invited to make a new improvisation project for children by Vestnorsk Jazzsenter in Bergen. 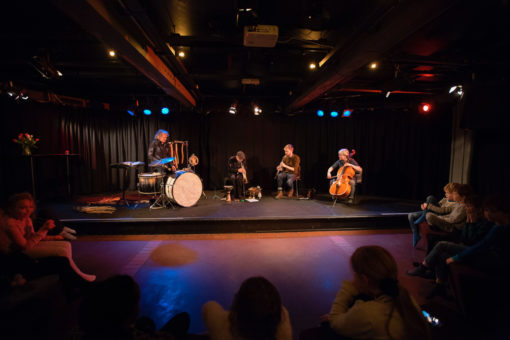 Terje Isungset is one of Europe’s most accomplished and innovative percussionists and has devoted a large part of his musical career exploring new ways of communicating music for and with children. One of the main question’s for Isungset’s musical exploration is: what can music be?

Isungset’s approach became the starting point for the trio’s exploration. Over a year long process the musicians explored ways of bringing their own tunes and the children’s own sounds, movements and actions into the performance while still keeping their attention on the music.

The result is a highly improvised performance of riffs, grooves and tunes coming from the most unexpected places, a child’s breath, a chair being moved, a stick being broken. Sometimes chaotic? Yes. Sometimes filled with a floor full of dancing children? Yes. Sometimes so quiet that you can hear a pin drop? Yes. 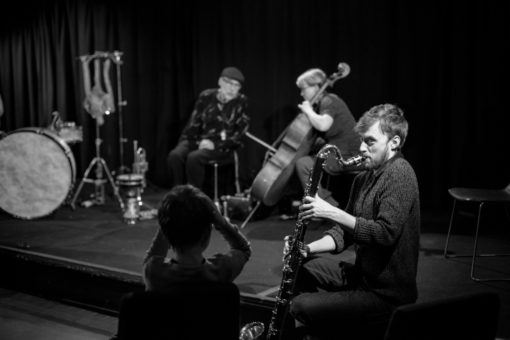 Cinclus Cinclus is radical in that it enables the children to be heard and seen. It can hold both the restless disruptive actions and the quietest voices. With its lack of verbal language, it somehow captures all of that.

The performance premiered at the renowned Vossajazz in Norway in 2018 and had outstanding reviews. It has since toured on the west coast of Norway and in October this year the performance will have a weeklong residency at More Music in Morecambe where it will perform for over one-thousand school children plus two public performances at More Music and Marsden Jazz Festival. 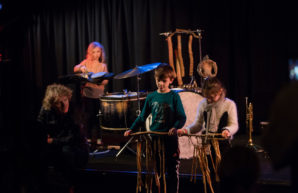