The session started with Jon in cycling helmet gathering speed as he circled the band in his ingenious recumbent trike with tuba trailer. Hearing about Jon’s travelling and musical life was a real boost for the band: he talked about what difference music can make in the world which gave us the chance to reflect on our roles as musicians, entertainers, band members.

There was a lot of laughter watching clips from his incredible trips and as we played together. Jon was very encouraging to the band promoting the idea that every member is individual and valued.

It was a really fun, varied and inspiring session with thoughtful listening moments, encouraging words and inspirational music-making. Also, the bandleaders got to sit back and enjoy the show as Jon had everything planned out perfectly!

“The point Jon made about listening to each other, knowing when to play loud and when to play softly. Also the importance of silence in music. Powerful Stuff!”

“Very engaging and interactive! It was a joy to listen to him play the tuba and fascinating to hear his life story. A great big thank you from me and R”

“Really inspiring! Made me want to pick up my ukulele and cycle! The show had a profound effect on me as I watched how Jon’s Tuba playing effected those with [disabilities effecting communication who on] hearing the sound began to…sing and even laugh! I wanted to cry with joy as it made me realise the power of music and how it can reach parts of humans (possibly the soul!) that nothing else can! Jon’s interactive highly engaging manner with the audience kept my two young sons captivated. I also loved how Jon managed to get young people connected with the Tuba sounds by asking them what it made them think about and the responses were flabbergasting!” 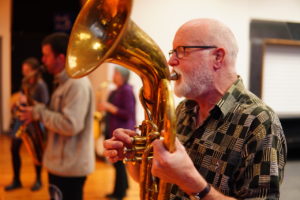 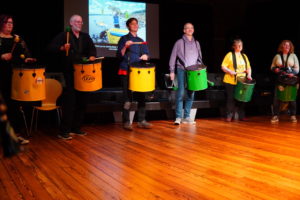 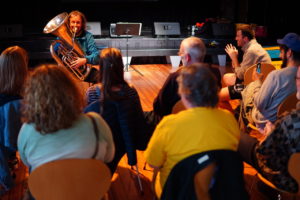 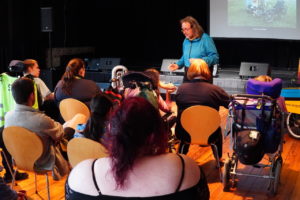 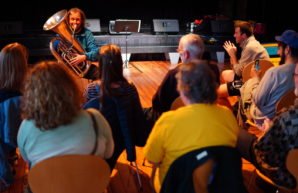