Posted by Darren Leadsom on 13 December 2018

Anni Tracy from More Music has been working with arts organisation Music in Mind on their project ‘Fleetwood Voice’, a large scale community arts project to explore the heritage and identity of Fleetwood from 1860 to the present day. The project involved practitioners from different artistic disciplines working in Fleetwood schools to inspire the children to think creatively about sense of place.  Anni was working with Chaucer Primary School and St Mary’s Primary School.  Here Anni talks about how she responded to the brief and what happened next:

With a brief like this: “Using work songs, shanties, the rhythm of the sea and docks, devise musical soundscapes reflecting ideas and energy of the children of Fleetwood in regard to the fishing industry” – I knew I was the right person for the job. This sort of thing appeals to my roots in Hull, my time at sea, my understanding of work songs and a delight in the ideas of children of lower junior school age. 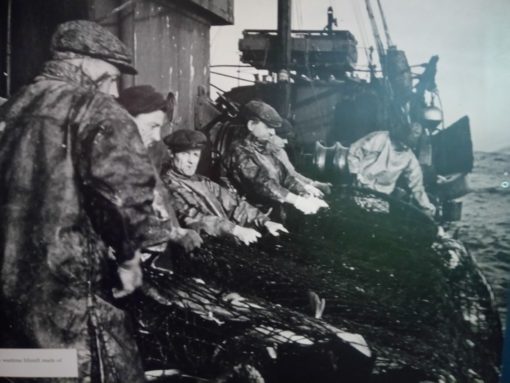 With not a lot of time for research nor to complete this project, I spent as much time as I could walking around and discovering a bit more about Fleetwood and used the display at the Museum as a kick starter for the first sessions. I had access to some recordings of ex-trawlermen speaking about going to sea at 14/15 years old and one heading to sea with his Grandad at the age of 7, so we could start to find words and images that described our thoughts on the life of a trawlerman and their families.

We began by looking at work songs and why we sing to make physical work easier. I took a rope into the classroom and children learned to work together as a team as they pulled using the pulse of the song. We sang shanties already known to the children and made up new words to fit the tune – we also learned some new ones, and used them as a base to write new words for our piece 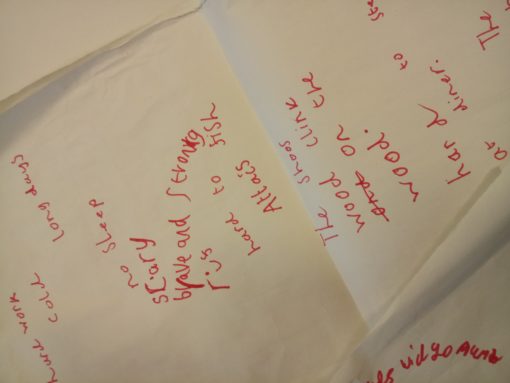 A walk on the beach recording the sound of the waves to play in the classroom gave us the opportunity to think of ways of making that sound in other ways – with our voices and breath – with instruments – and after another of my trips to the beach – with collected pebbles. I worked in two different schools and with the main aim of the project ringing in my ears – to “make them think” – I knew it was a hard ask.

For children of 7-9yrs to try and imagine what it would be like to go to sea for a month or so in an industry that stopped working from Fleetwood decades before they were born – so I tried as many different tacks as possible in the time.  We looked at the words on the memorial to Fishermen and understood that it is a dangerous business, ships sink, men are lost. 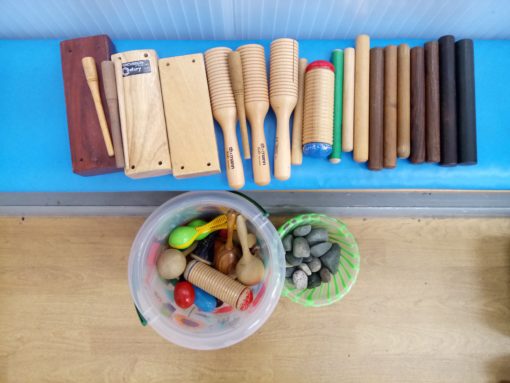 After four sessions with each class, the children from the seven schools in the project came together to share what they had learned and created. Other schools worked with different creative artists and used dance, drama and creative writing; looking at topics such as ‘Lighthouses’ ‘The Cod Wars’ and ‘The Seaside’ and all had produced some amazing pieces of work.

This age group work really well learning through the creative arts, and I could see how on a bigger project this would have been a really good starting point for us to work together across the disciplines. 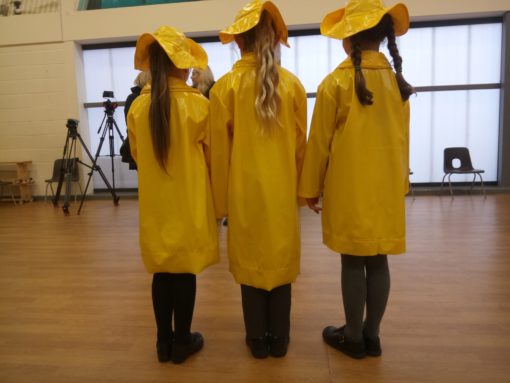 The final pieces of my classes tell two different stories; the two different outcomes of going to trawl in the Arctic. The children’s ideas were innumerable and often surprising, and we explored as many of them as we could. The glorious end to one piece decided by a boy who, when I asked what home sounds like, gave a great big sigh 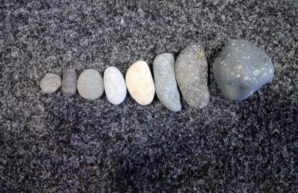