During the summer term More Music collaborated with North West Sound Archive on a brand-new project called Demo Tapes. Bringing together the newly-digitised sound archives with music groups around the north west region, the project created new works around the theme of protest.

The project also included groups from Collective Encounters in Liverpool and Brighter Sound in Manchester. The groups listened to newly-digitised sound archives relating to protest and politics and created new works in response to them.

More Music’s groups: Lancashire Youth Vocal Ensemble (LYVE), Baybeat and More Media Collective took part in Demo Tapes during their regular weekly sessions. Each group worked  with Project Manager Joe Harrison-Greaves and music facilitators Phill Howley and Pops Roberts. This was an opportunity for them to understand the theme of protest, and how to navigate around all the sound files the North West Sound archive had to offer. Listen to the tracks here.

More Media Collective were inspired by sounds of the industrial North, Joy Division and The Smiths. After listening to an excerpt from the archives discussing culture in the gay clubs of Manchester, the group were drawn to the phrase ‘this is your last chance to dance’ and took this as their inspiration for the track they produced. Their track ‘Last Chance to Dance’ explores LGBTQA+ experiences from the past in relation to restrictions on contact, movement and expressing any intimacy in public. The purpose of the song, being to expose these issues from the past, whilst highlighting their similarity to the restrictions put on the public during the pandemic. By relating these experiences it gives the majority a chance to reflect and relate, to some extent, to the way LGBTQA+ people have been marginalised and oppressed in the past.

Read about how this was an opportunity for the groups to understand the theme of protest, and how to navigate around all the sound files the North West Sound archive had to offer in this interview with facilitator pops Roberts and David Govier from North West Sound Archive:

How did you find working with the More Music groups on the project?

Pops: We’ve all been in a situation of losing our rights. We’ve been in a situation of seeing other people fighting for their rights. We’ve had a lot of protest recently and real frictions between the powers that be and our communities. Demo Tapes has been so much more than I was bargaining for. Watching these young people respond in really different ways, responding to things that they probably think were a very, a very long time in the past that weren’t actually. Seeing them relate all that to things that are happening now has been inspirational. It’s been amazing to be able to see through a young person’s eyes, what they think, where they see justice and where they see injustice and how they respond to that. It’s been great to see just how open they’ve been to the archives and open to approaching making music or making art in a very different way than they were probably used to.

How was it to see the archive be used in this way?

Dave: It is pretty mind blowing because you think you know where folk are going to go, you can present and curate things online or in a workshop setting. But invariably people will take one thing and go in a completely different direction than you’re expecting. And that’s kind of what it’s all about. You know, it made me realize you can’t control that, and that’s the whole point of where it’s like it’s gone. They’re inputting their own lived experiences into this and then creating something new. And that power is just so evident when you hear the stuff. So to think that it’s going back in the archives and form a part of, you know, what we collect as an institution is, yeah, it just, yeah, job done.

Pops: My stand-out moment was when we went to Morecambe Bay, I hadn’t been up because of those restrictions, so I’d missed quite a lot of the process. Their films have an extraordinary level of production. We could not have asked them to respond to the piece as well as they did. They just went above and beyond, also the turnout at the performance in Morecambe Bay was incredible and so supportive. It’s families and locals and feeling that and seeing that for the young people was really, really special. It’s been amazing hearing these pieces of music come to their fruition and being tied together so fast.

Baybeat took on the theme of climate change with a new opportunity to use vocals and lyric writing within their performance with a striking statement of, “Some people think there is no end so let’s look after the environment.” It was great to have Baybeat as part of the project as it had particular relevance to protest/marches and street bands.

In LYVE the group used a sample of a particular interview in their song from Luchia Fitzgerald’s interview with Sarah Feinstein in 2016 for the OUT! project. Luchia is remembering the start of the GLF (Gay Liberation Front) in Manchester, at the Picador club in Shudehill in the 1960s.

“that brought me to tears what a beautiful bunch of troopers and lovely singers. Will you thank them for me and thank you for sharing this wonderful piece of art.”

It was great to see how an interview from 50 years ago not only was included as an audio track but also it formed as the chorus that the choir sing. “We had the magic, right there in our hands”

We had the magic – LYVE

More Media Collective listened to Campbell’s memories of the landlord at the underground Rockingham Club in Manchester in the 1960s before homosexual law reform. Campbell remembers the club as a very egalitarian place, where gay people felt comfortable to socialise.

But even in this safe haven, Campbell remembers the landlord calling out at each night, ‘Stop touching! You can’t touch!’ And later, the landlord would give a signal that his clientele understood: ‘This is your last dance of the evening! This is your last chance of the evening!’ Campbell was interviewed in by Jez Dolan in 2013-2014 for the Polari project. The immersive new video builds on the Campbell’s memories of the restrictions faced by the LGBT+ community in the past, and how that relates to the restrictions we’ve all been facing in the pandemic. Campbell’s voice swirls over the dancefloor beat where we can all feel a longing for our past lives.

The songs feature on both a livestream and a podcast by Reform Radio in Manchester, this was a great opportunity for our participants to reach audiences outside of the area. This has been a focus for us in the sessions which has helped raise aspirations particularly for our young musicians wanting to pursue a career in the music industry.

To find out more about the project and the North West Sound Archive, click the link: 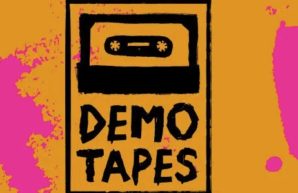