Catch the Wind: A few reflections

It is the characteristic vibrancy of colour, sound and spirit that sets Catch the Wind at the heart of Morecambe’s cultural calendar. Eye-catching though the kites are, it is in the music of the performers and the laughter from the stalls that the essence of the festival resonates: to paraphrase Anni, one of our Music Leaders, Catch the Wind is Morecambe in its Sunday best. Regrettably, the lure of such brilliance mixed with the sea breeze and, ideally, some sunshine brings crowds too large to be suitable in the current climate. Sad though this is, here at More Music we have taken this opportunity to reminisce about previous festivals through the perspective of those involved and reflect on the importance of something central to Catch the Wind and core to our values: community.

Kite festivals have been a staple of many cultures across the world and whether they are deeply important traditional festivals or light hearted family fun, each demonstrates a unique ability to unify and mesmerise. Morecambe is no different. From the moment I walked into the More Music building for my interview, I was mesmerised by the dazzling colour decorating the walls: the sight of Morecambe’s promenade lit up was as enchanting for me as it would be for any one of the thousands of people who flock to the beach to enjoy the festivities. There is far more to the festival though than giant lizards flapping in the wind, what really captures the imagination is the music, activities and other jolly happenings.

Over the years, as the kites caper in the unrelenting winds at Morecambe beach, it is clear that everyone has taken away a special memory from the festival. For Maxine, Ben and Leroy, it was the parading performances that were a marked highlight; the parades featured a spectrum of performers, from acrobats to bands. The cacophony of sounds were exuberant as the bands paraded along the promenade and Ben McCabe notes that, ‘Dhamak Bollywood Brass Band, Cumbria Gaita Band, Boom Bike featuring beatboxers and rappers from Stages and Friday Night Project and Baybeat Streetband did an incredible job of building a set from scratch, mixing styles and resulting in unusual but pleasing textures…’. It is the unity and diversity that marks the parade in the memories of the residents of Morecambe, the festival goers and, of course, the staff at More Music. 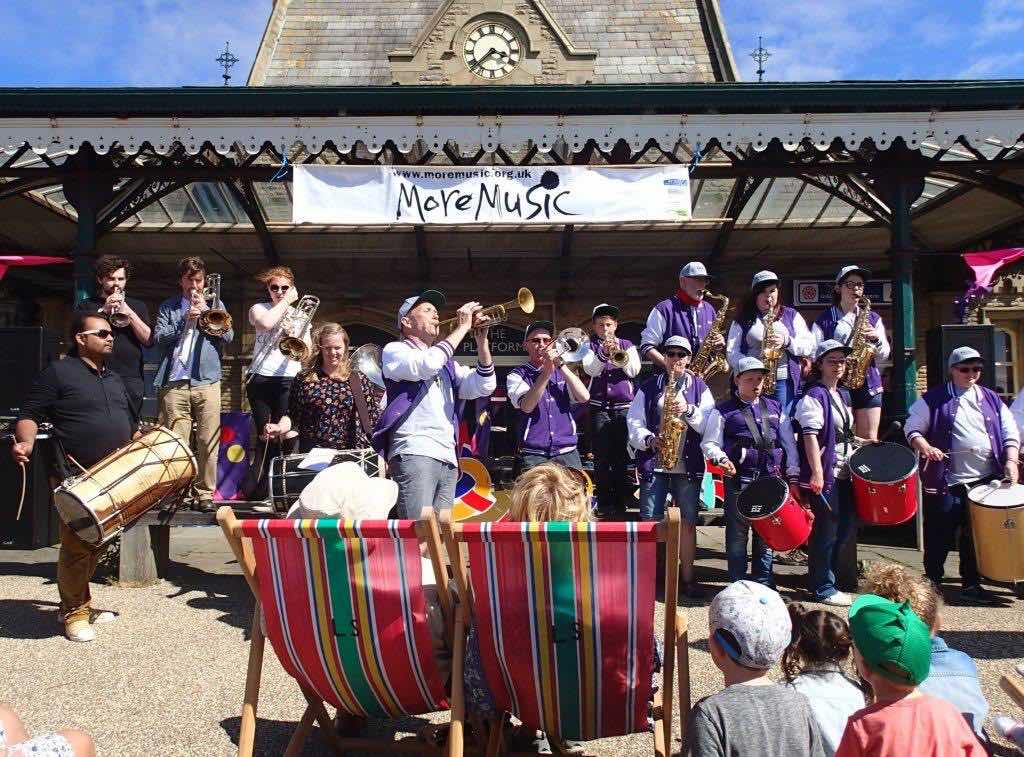 Groups such as ‘Street Symphony’ and ‘Baybeat’ likewise instil a joy and spirit of enthusiasm. Perhaps the pinnacle of these diverse performers was a South Asian performance brought to the festival by working in partnership with Preston City Mela which highlighted  their artistic and cultural heritage. The Bollywood dancing was reportedly mesmerising, the music beautiful and the artistic activities enlightening and enjoyable. Catch the Wind raises the profile of many diverse bands and musical traditions but in a way that is both educational and accessible.

As education and providing support for budding musicians is a crucial part of the ethos at More Music, it wasn’t surprising to hear that many fondly remember the incredible performances of groups composed of young musicians. For Rebecca, the Bay Youth Voices singing ‘Roar’ by Katy Perry stood out particularly and Rachel reminisced about the huge part that young musicians have played in the festival over the years: she spoke of how great an opportunity it is for young performers, building ‘confidence and resilience – both of which are key skills to possess if you are wanting to pursue a career in the industry.’ Without such performances ‘Catch the Wind’ would not be the same.

Giving a platform for such groups is crucial to the development of musical talent both in providing unique experiences for those playing, as well as for younger children to see it and be inspired. Seeing young children mesmerised by the performances and eager to participate is the most heartwarming part and, for the staff at More Music, the most satisfying and fulfilling aspect of the festival. Many fondly remembered the reception that numerous ‘family-fun’ stalls had. Ichi, Astral Circus, Imaginarium, Land Art and Uncle Tacko have been the highlights over the years, for the performers as much as the children. 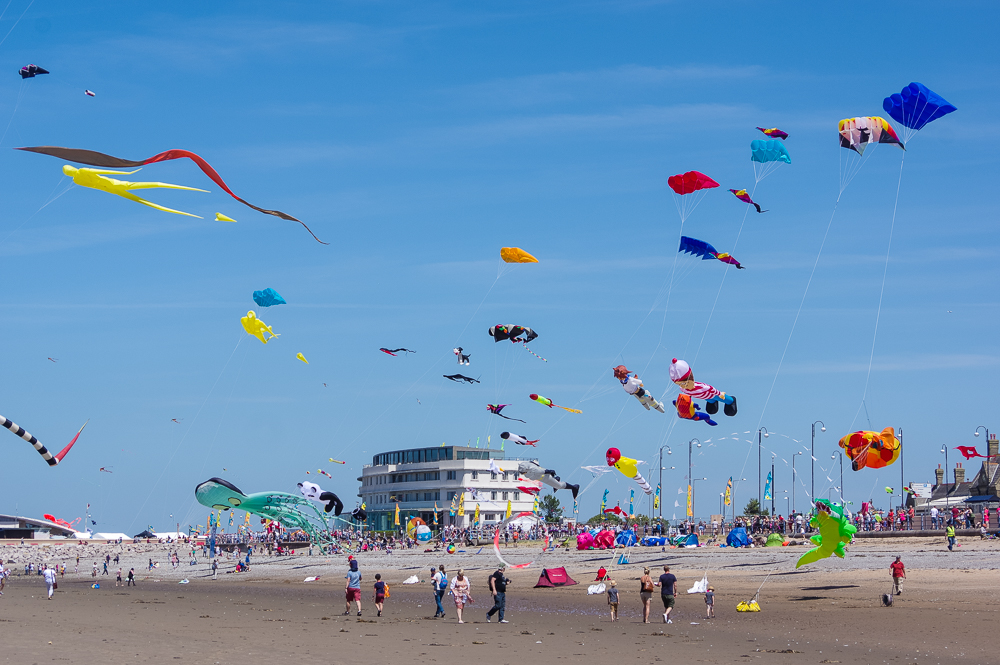 Tony Lidington the creator of The Imaginarium remembers the time when he dressed-up ‘as a carnival princess and performing with Baybeat along the streets with a huge, swirly skirt…what more fun could be had?’

Whilst the pictures and the testimonials speak for themselves, to do true justice of the event I knew there was one very crucial question to ask; what makes Catch the Wind unique? There was resounding agreement: accessibility. The satisfaction and joy that the people at More Music get from organising this, stems from the simple belief that everyone should be able to be involved. It is sad that simply accessibility can make something so special. It is incredible that Catch the Wind can offer this but it does demonstrate that more needs to be done to have similar events with the same ethos.

Though lockdown has given us an opportunity to reflect on previous years, to reminisce and take satisfaction in what has been achieved, it is also a moment to look onwards to the future. Catch the Wind has been an event that has consistently demonstrated what can be achieved when we put down our phones and engage with those around us. Events such as these have often paid homage to the traditional values that comprise a community, a glimmer of hope that we have not completely lost touch with one another.

However, I hope that Coronavirus can change that. Difficult though this period has been, we have also seen some huge positives: we are thankful for one another, grateful for the small acts of kindness and most importantly excited to take advantage of everything we took for granted. Let us hope that the lockdown marks a step forward in reviving community spirit.

This year is different, the beauty of the Bay will have to be admired without the kites illuminating the sky; music will be performed to family and listened to at home; but despite this, the community spirit and ethos that Catch the Wind radiates can and will still thrive. 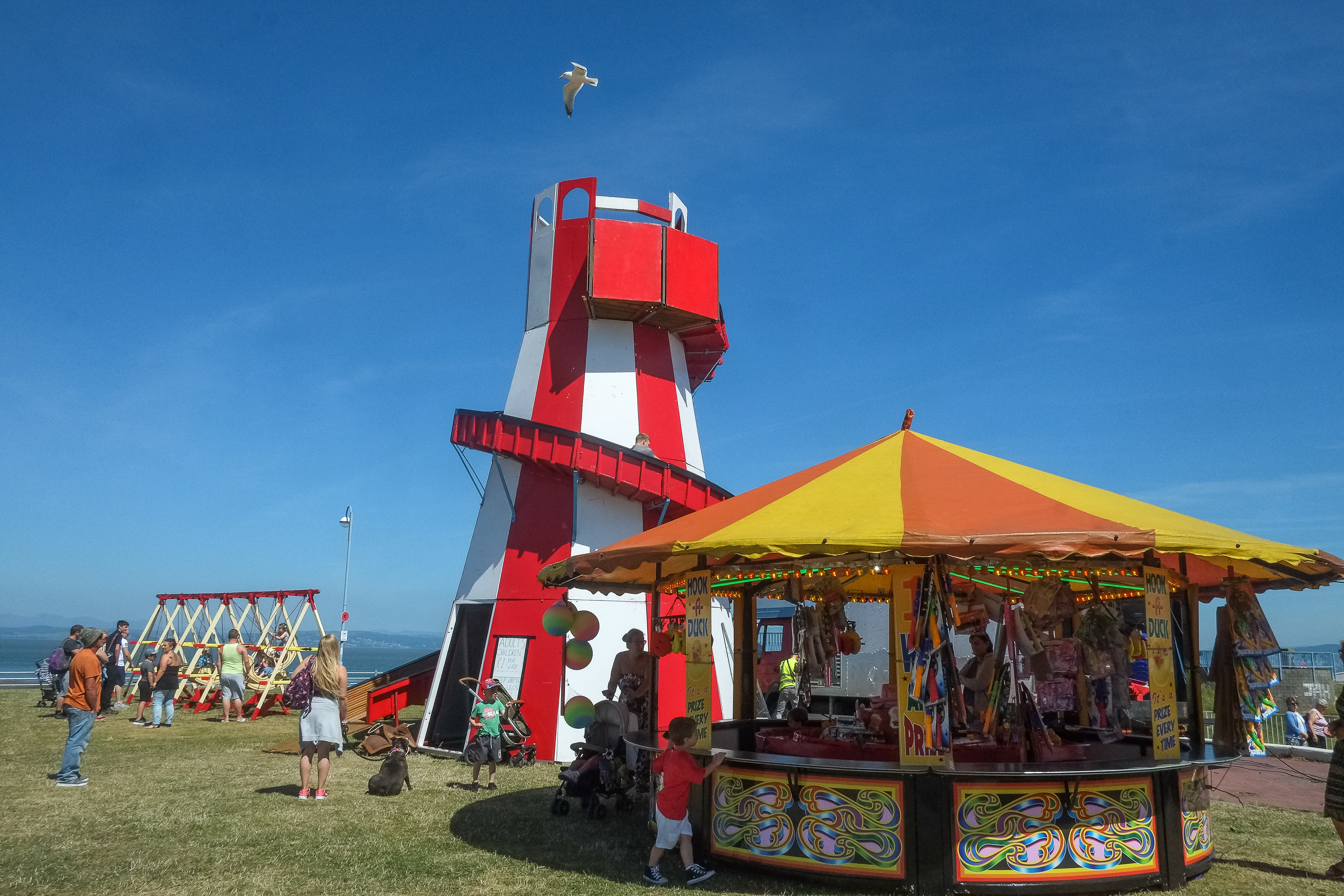 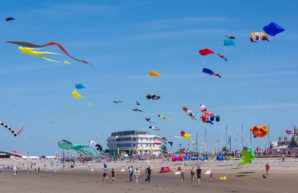