Once a founding member of The Beta Band, Steve Mason is now best known as an artist with a rare melodic gift and an urge to experiment.

From his debut solo album, the elegantly melancholy Boys Outside, to his latest release About The Light, Mason has never taken a step back, continually investigating where the boundaries between the craft of songwriting, technology and free expression lie.

Mason rose to widespread critical acclaim in the late ‘90s as a member of The Beta Band, earning a notorious reputation among fans and UK press during the post-Brit-pop era, thanks to releases like 1998s The Three EP’s and 2001’s Hot Shots II.

With a number of solo tours under his belt, Mason wished to re-create the same live energy on record; the resulting album, 2019’s About the Light, featured a live band throughout the recording process to capture the feeling of his shows. 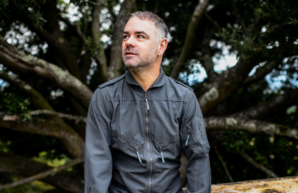