A creepy silent film classic with live score for Halloween!

A mysterious, spidery vampire with supernatural powers…a sinister, dark castle perched on a mountain top…and a race to defeat the forces of evil…

The first screen adaptation of Bram Stoker’s Dracula, the 1922 silent film Nosferatu is a horror classic that still has the power to creep audiences out ninety-nine years later.

Morecambe’s own Off The Rails Creative Jazz Orchestra will improvise an atmospheric live score and the whole thing takes place on Halloween in Morecambe’s most beautiful, atmospheric old theatre. 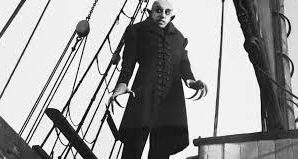